Video: Watch What Happened When Happiness Struck in Southend

It’s just an ordinary day in Essex, where the sun is shining and Rachael O’Brien is refereeing. Or is it?

We surprised StreetGames volunteer Rachael with a truckful of chanting fans, cheerleaders, commentators and a Brazilian samba band.

We did this to thank Rachael for her dedication to community sport. She volunteers at her local StreetGames club, a charity which inspires and encourages young people in disadvantaged communities to take up sport and stay active. 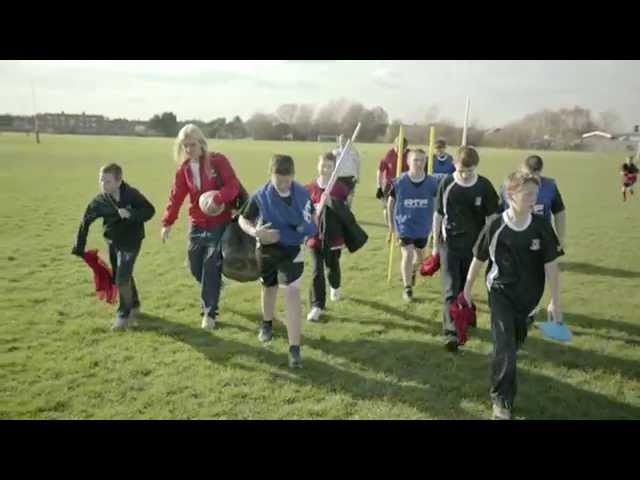 We caught up with Rachael after her whirlwind Wednesday...

Rachael, you thought Wednesday was going to be just a regular coaching session. What did you think when the truck turned up to surprise you?
It was crazy! When the big screens and all the people came out, the kids stopped playing and went mad, dancing and cheering. Then the officials, commentators and referees came running on to the pitch. They set up a marquee and loudspeaker, and the commentators were talking about the players by name. Just when we thought it was all over, the FIFA World Cup™ Trophy appeared too! The whole school had come out to watch so there were about 2,000 people – a bigger crowd than we’re used to!

What impact do you think the FIFA World Cup™ Trophy’s visit will have on the young people you coach?
I hope it inspires them and shows that if they work hard they can achieve anything – they just have to believe in themselves. The kids we work with don’t usually get recognised, so it was great for them to experience this.

What does StreetGames mean to you and the local community?
StreetGames helps children get off the street and gives them the opportunity to be part of something. It’s so easy – they just come along and use the equipment and they get free T-shirts, which they absolutely love. Lots of the kids aren’t used to getting involved in things, but we go around the local estate, get them to come out and join in a game of football. We even walk them home sometimes. StreetGames has done so much for us, including helping to set up a club called Achievement Through Football, so we’ve been able to expand a lot and now we get to see about 170 kids a week.

You’re also off to Brazil to see the FIFA World Cup™. What are you most excited about?
I’m excited about it all! I can’t wait to watch a game. I’m going to ask the kids to bring old T-shirts in and then I’ll give them to one of the communities I’m visiting in Brazil. I’ll take lots of photos to give the kids when I get back. I’m also going to FaceTime them at a match – it’s going to be an amazing atmosphere at the home of football.

Is there anyone at your StreetGames club who you think could be a future England star?
There are quite a few but one in particular is our only girl – Holly. She always plays with the guys – and takes no grief! I took her along to a trial in Essex but unfortunately she missed the first session. Next year, we’ll try again – I’ve got high hopes!