The Company's summer campaign is getting off to a flying start, literally, in Denmark. The local team devised a dramatic way to deliver the first summer bottles to seven Danish holiday destinations, via drones.

Local grocers and consumers welcomed the flying deliveries with open arms, and they also attracted huge attention from tourists and the press.

The first arrived in downtown Copenhagen, where the locations of seven local summer destinations were revealed to the press: Bornholm, Hornbæk, Marielyst, Svendborg, Blokhus, Klitmøller and Skagen.

One local grocer who welcomed a drone with great enthusiasm was Mikael Konradson, from SPAR in Klitmøller — known as the "cold Hawaii" among surf enthusiasts. "I think it's pretty awesome that Klitmøller is among the selected places, because this may inspire even more people to visit our lovely area," he said. "We usually say that you come here as a guest but leave as a friend."

Martin Niemann from SuperBrugsen in Skagen was equally excited. "Tourists love everything that has Skagen on the label, so I think this is a great idea," he said. "It will not only result in increased attention... it will also increase the sales in shops all over Skagen."

"Share a Coke" is a global campaign, but from the beginnin,g it was very important for Denmark to make it local and involve customers at the same time.

"We have many amazing holiday spots in Denmark that deserve to be praised, and we have chosen some of the most popular and remarkable places. At the same time, we also want to pay tribute to all the grocers and store managers who make sure that the Danes can quench their thirst in ice-cold and refreshing during the entire summer period," says Peter Hædersdal, senior brand manager, Denmark.

"Although we are a global brand, it means a lot to our consumers and retailers that we also are strongly present locally — and it was therefore crucial for us to make the campaign as local as possible. By involving the local grocers and consumers in this manner, they also feel much more personally motivated to share the campaign message." 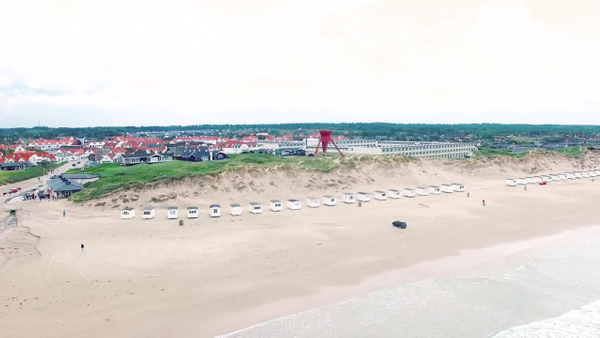