Problems from millions of people lacking access to water, sanitation and hygiene (WASH) can seem insurmountable. But global developers looking for answers might find a few more than they’d expect from one of the world’s best-known circuses.

For one night every year since 2013, Cirque du Soleil puts on a slightly different show in Las Vegas. The production features the same high-flying acrobatics and fantastic costumes that made Cirque du Soleil a global phenomenon, but on March 3, the performance beautifully emphasized the importance water plays in our lives and the threats posed to humanity if we don’t act.

The one-time show called “One Night for One Drop” is a five-year-old charitable tradition supporting Cirque du Soleil’s philanthropic organization, One Drop. The organization was established by Cirque du Soleil founder Guy Laliberte in 2007 with the mission to bring safe water access to communities around the world, transforming people’s living conditions and their ability to care for themselves sustainably.

On the evening of the 5th annual show last week, a $25 million investment in safe water access initiative Lazos de Agua (“water links”) was also announced by participating partners One Drop, FEMSA Foundation, The Foundation and the Inter-American Development Bank (IDB). The initiative launched in 2013 with the goal of bringing water access, sanitation and hygiene (WASH) to five countries in Central and South America. With the new investment, partners are now aiming to bring WASH technology and best practices to more than 200,000 people in Mexico, Nicaragua, Guatemala, Colombia and Paraguay by 2021. 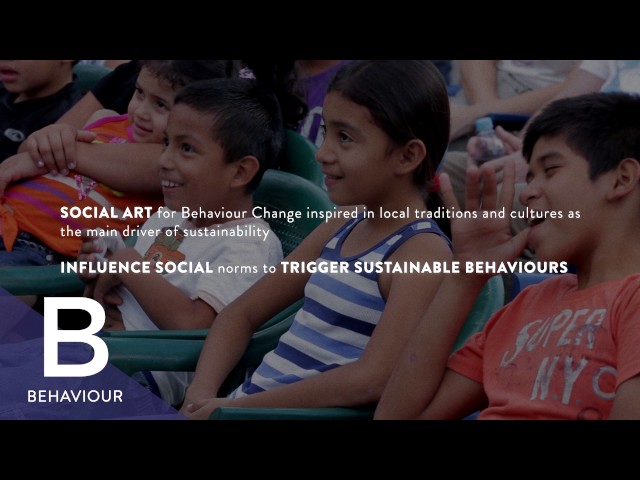 While it was a charity event, the world-renowned entertainers weren’t just financially benefitting the millions without water. In fact, One Drop has become a template for the way global developers want to teach communities around the world to use new water-wise tactics and technologies.

“One of the most important elements of ensuring long-term adoption of WASH access and services is educating the community on important behavior changes for health practices and social habits,” says Greg Koch, senior director of water stewardship, The Company. “This is second only to ensuring the services provided are safe and sustainable for a given community. Lazos de Agua programs are designed to achieve both for as many communities as possible.”

Teach communities through art and drama with cultural roots, developers say, and the change might just be, well, dramatic.

“We must keep in mind that these communities rarely have access to art,” says Ernenek Duran, One Drop program director. “These luxuries are usually reserved for people in cities, for wealthy people. When you bring art into communities… it engages them and revitalizes their spirit.”

Helen Smith Price, president of The Foundation and vice president of Global Community Affairs for The Company, speaks at the Lazos de Agua launch event.

Developers participating in Lazos de Agua will begin implementing those practices in communities over the next few years following the success of the strategy in a few areas. In 2014, One Drop and FEMSA Foundation launched an experimental pilot project in Veracruz, Mexico in an attempt to prove the new social arts development concept. Developers saw a higher percentage of retention of information and change of practices than in past programs, according to FEMSA Foundation’s Water Programs Manager Carlos Hurtado. One FEMSA report from a village called Mixtlantlakpak during the Veracruz pilot showed a 46 percent increase in the number of people retaining messages about correct water treatment when social art was involved.

Some of the most visible behavior changes, says Hurtado, came after a theatrical performance by children organized by a One Drop social arts professional.

“In any artistic expression—like when you go to a play or listen to opera—there are connections made between the intellect and the heart,” Duran says. “Knowledge is better received, and people can better understand the situation and move toward a goal.”

Duran says that while the “traditional” methods of community development—teaching classes and hosting educational workshops—have had a positive impact, they are limited in their potential to influence behavioral change. A handwashing campaign, for example, can spread the word about the importance of sanitation, but people don’t always internalize a simple life lesson about what’s right and wrong.

'We must keep in mind that these communities rarely have access to art. These luxuries are usually reserved for people in cities, for wealthy people. When you bring art into communities… it engages them and revitalizes their spirit.'

“That’s powerful,” Duran says. “All of a sudden it clicked and they said ‘We should be teaching that to our children.’ It is an effective way to introduce new social norms to the community.”

One Drop also scouts local artists; one of their scouts previously worked for Cirque du Soleil looking for the best clowns in the business. Now he’s searching towns and villages around the world for talented artists who can communicate powerful messages to their neighbors while also understanding where cultural boundaries lie.

Duran recalls a play called “Rio Abajo” (“Down the River”) that toured in southern Honduras. He says the play, which was performed by Honduran artists, was surprisingly graphic about the consequences of polluting water sources through defecation and lack of sanitation, but that the local artist knew his limits and what would be effective.

“Communities don’t always make the connection between contaminated water and getting sick,” Duran says. “So when you make those connection, they internalize it. We want to show them in a playful way, but with very clear messages.”

That’s not something money can buy. Last year, the Cirque du Soleil performance raised $6.5 million for One Drop. But in the case of similar philanthropic events, the resulting change in water-stressed communities isn’t seen until long after the final bow. It takes time, technology and a shift in behavior. Communities must also continue to pay equipment fees and maintain infrastructure. If communities don’t internalize WASH best practices as necessary and habitual, permanent change for the better might never come.

The idea behind the new, arts-focused phase of Lazos de Agua is that the application of culturally relevant art to WASH education can lead to permanent change, especially considering the success of recent projects in Mexico and Honduras.

Lazos de Agua will continue to expand in Mexico after the successful pilot and will also launch in Nicaragua, Guatemala, and Paraguay by the end of 2017. Lazos de Agua reached 110,000 people with WASH in 196 communities from 2014 to 2016, and the collaborative working group is aiming to reach 200,000 people in Latin America by 2021.

Over the next 10 years, the partnership will aim to widen its influence by increasing investments to reach millions of Latin Americans. The working group’s goal is to prove the effectiveness of social arts-based behavioral change to local governments, which will then have access to IDB loans to invest exclusively in community development. This effort would dramatically improve the region’s chance at attaining Sustainable Development Goal #6, a global target set by the UN in an attempt to create a better, more equal world.

“One of the most important things is that we are not only implementing social arts, but we are implementing a monitoring, evaluation and learning system, so we can have a proven method for other organizations,” says Hurtado. “We’re aiming to have a very strong multiplying effect.”