Our Freestyle machine and app let users create their own tasty concoctions using flavours from over 100 brands. Here’s everything you need to know about this marvellous machine and some feedback from Freestyle fans.

Fans trying out the Freestyle machine

Coca-Cola Freestyle is a drinks dispenser with a difference. Users can choose from a huge range of different brands and mix their own drink in hundreds of possible combinations.

Everyone has their favourite drink, but we all love experimenting every now and then. The Freestyle Machine lets you do just that. Whatever concoction you can imagine with your favourite company drinks, the machine can make it. They even feature drinks that you won’t be able to find anywhere else, including the delicious Raspberry Diet Coke.

A new drink in all its glory

The only thing as clever as some of the mixes our fans have created is the machine itself. It uses small cartridges of micro-dosed ingredients which allows such an endless number of drink opportunities.

The machines even collect data every time they are used, so we can see which flavours and creations fans are enjoying the most. If one of the Freestyle exclusive flavours gets a lot of love, it can make it onto the shelves.

The freestyle app in action

The machine even has a mobile-friendly assistant; the Freestyle App. The app, which you can get on both iOS and Android, lets you get creative on-the-go and helps you find your nearest machine, for anyone who just can’t wait to try their new creation.

Users can even name and save whatever they create, and share it with other Freestyle fans on social.

Talking of getting social with Freestyle fans…

For the first four Saturdays of July, our fantastic Freestyle Truck will be at the Urban Food Festival in Shoreditch. The truck is full of Freestyle machines that anyone attending the festival can try out.

We went down to the Truck’s first day at the Urban Food Festival, and chatted with Freestyle fans to get their thoughts on the clever machine.

Rosie normally goes for a Zero Sugar, but tried out Fanta Zero with Grape and Raspberry. Not only did she love having the chance to create her own drink, she loved the taste of what she made. Daniel also loved making his own mix; a combination of Sprite, Vanilla and Cherry. 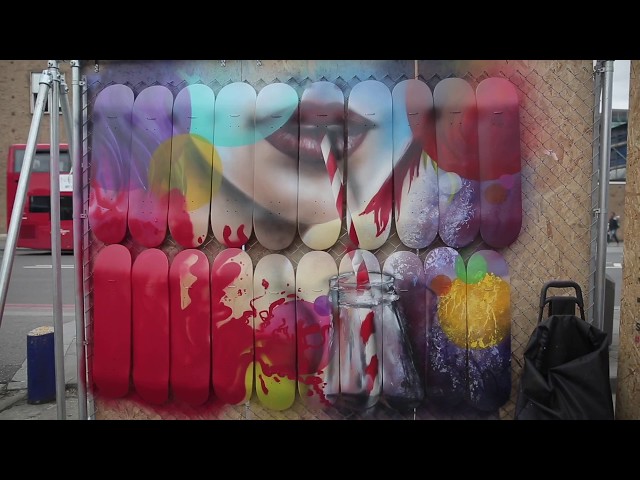 Paul, a self-declared Coke fan, had never heard of Freestyle before the event, but after enjoying an orange flavoured Coke Zero, he won’t be forgetting it. And Hajjeet, who tried out a Coca-Cola Lime and Raspberry said she’ll be keeping an eye out for Freestyle machines in the future.

Head down to the Urban Food Festival during the first four Saturdays of July for your chance to try out Freestyle machines on the Freestyle Truck.

Find out more about the fantastically clever Freestyle machines