There is no Pantone colour for Coca-Cola red, but when you see it, you know it. So how did red become so synonymous with Coca-Cola?

“It goes all the way back to the beginnings,” says Coca-Cola Archivist Ted Ryan.

Coca-Cola inventor Dr. John Pemberton’s bookkeeper and partner, Frank Robinson, initially suggested the name Coca-Cola and crafted the iconic Spenserian-script logo. Robinson liked the contrast of red and white and would write “Coca-Cola Delicious and Refreshing” with red lettering over a white background on the company’s earliest signage.

“From there,” Ryan says, “red was adopted as the overarching colour of Coca-Cola.” 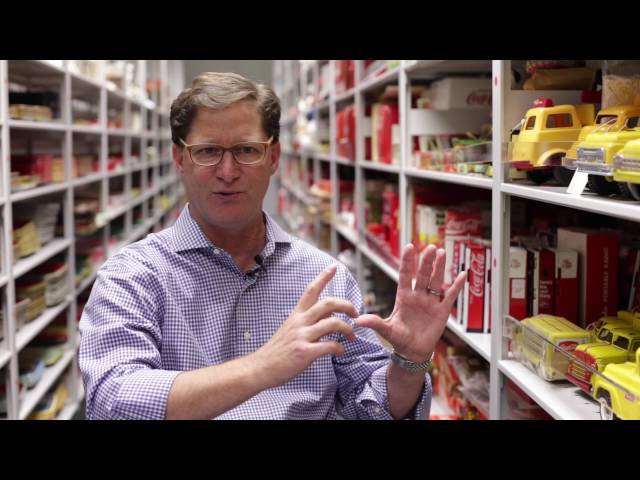 ‘It became a promise'

The introduction of the now-ubiquitous Coca-Cola red disc in 1948 helped solidify the connection between the brand and the colour. “You see a red disc icon on a storefront, and you know that you’ll be able to get delicious, ice-cold Coca-Cola there,” Ryan explains. “It became a promise in a way.”

The enduring “promise” of the colour red continues to inform Coca-Cola’s contemporary approach to design, so much so that James Sommerville, VP of global design at Coca-Cola, considers it the company’s “second secret formula.”

“When we look in the archives, we can see 130 years condensed into one very large room,” Sommerville says. “What we try to do is repurpose that and rethink that, in a way that would feel relevant today.”

Coca-Cola as a simple idea

Not even a year old, Coca-Cola’s latest global marketing strategy and campaign embraces this rich history with a contemporary twist.

By leveraging the colour red on each variant, Sommerville believes this design system reminds consumers that regardless of the beverage they purchase, they’re “buying into Coca-Cola as a simple idea.”

Ryan concurs. “James has done a brilliant job of taking the past and giving it a new eye,” he says. “You don’t want to relive the past, but you can’t forget it either. You have to have some core – something to stand on.”

The Coca-Cola archives houses that foundation. “We exist to shine a spotlight on the company’s core values and the best that we’ve been over time,” Ryan concludes.

Read about the history of the logo.

RECOMMENDED FOR YOU
Every Picture Tells a (Coca-Cola) Story: Behind the Lens of the ‘Taste the Feeling’ Photography