“Nothing can stop me, when I taste the feeling…”

The catchy lyrics from Coca-Cola’s “Taste the Feeling” track by Avicii featuring breakout artist Conrad Sewell has hit a new pitch. The football pitch, that is.

“Taste the Feeling” was announced as the official music anthem of the Coca-Cola UEFA EURO 2016 campaign. The song, crafted by Swedish superstar producer Avicii with the soulful vocals of London-born, Australian raised singer Sewell, is now available on Spotify and iTunes here. The song will also be featured in TV commercials as part of Coca-Cola’s campaign. 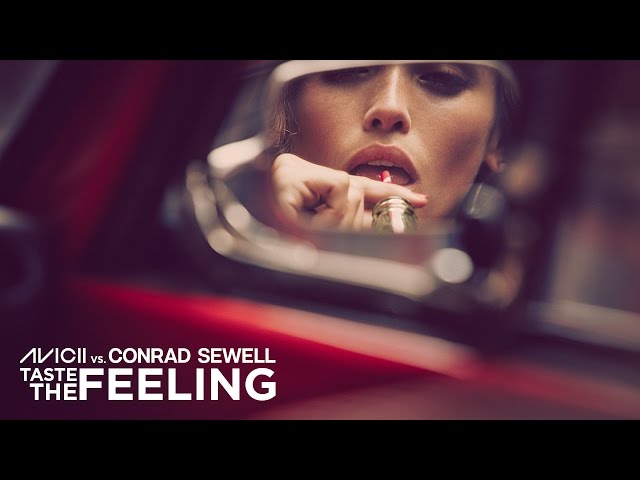 An acoustic version of “Taste the Feeling” by Sewell was released in January for the launch of The Company’s new global campaign, which celebrates the special feeling any Coca-Cola brings to everyday moments.

When it came to capturing the feeling of liveliness and energy for the UEFA EURO 2016, Avicii’s style was a perfect fit. The rendition of “Taste the Feeling” by Avicii is an upbeat anthem that captures the spirit of Coca-Cola’s UEFA EURO 2016 campaign.

“We’ve worked with Avicii since 2011 on several projects, and he knows how to create optimistic music that resonates with listeners around the world,” says Joe Belliotti, head of global music at Coca-Cola. “He has a melodic and musical sensibility that draws you in… he creates songs with a modern feel but adds traditional instruments to the mix.”

It’s true. Avicii is no rookie when it comes to collaborating with Coca-Cola Music, but the humble artist says it’s an honour to work on a track for such a high-profile event.

“It means a lot to be involved in this project,” he said. “When Coca-Cola approached me about making their anthem for the UEFA Euro 2016 campaign I could tell that it was going to be a really fun and a creative way to make a track that would connect with one of the biggest football events in the world.”

The opportunity to connect football fans through his music stemmed from a strong musical connection in the studio.

“I really enjoyed working with Conrad. He has a really unique voice and way of delivering his vocals,” says Avicii.

Sewell joined Avicii at PRMD studios in Stockholm where he says, they “immediately gelled creatively. It’s always great when you can just sit down and get straight into the vibe with someone.”

Fans can connect with the song on the dancefloor, or their living room floor. “Taste the Feeling” by Avicii and Conrad Sewell will be featured on the Ubisoft game, Just Dance, accompanied by dedicated high-energy choreography. A free download is available here.

Just Dance featuring “Taste the Feeling” will also be a part of a five-city tour in France and activated in Coca-Cola fan zones during the UEFA EURO.

As for Avicii, he says he “may give it a try when no-one is looking.”

For an exclusive behind-the-scenes look at Avicii and Conrad Sewell’s collaboration, click here.