500 Balls, 4 Rugby Stars: How The Company Got London To Choose Rugby With Its ‘Ball Amnesty’ 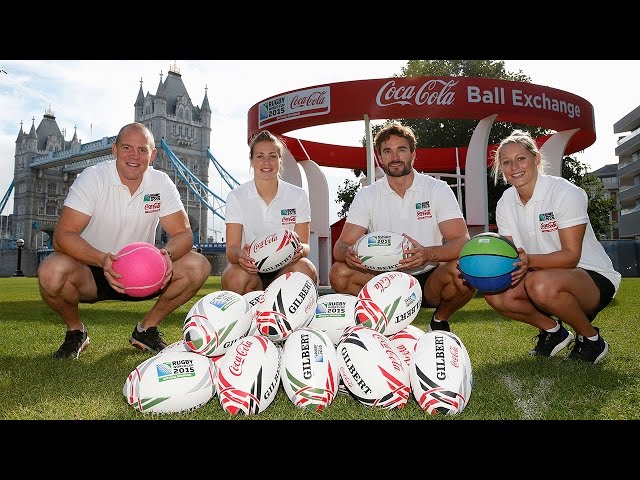 At Potters Field Park, a busy London location next to Tower Bridge, we gathered Home Nations rugby stars Mike Tindall, Thom Evans, Emily Scarratt and Natasha Hunt, and put them through their paces by having them lead a one-day ‘Ball Amnesty’. Londoners were asked to put down their rackets, clubs and bats and trade in their tennis balls, footballs and basketballs for a brand new Rugby World Cup 2015 Gilbert rugby ball instead.

The exchange was as a timely reminder of the upcoming Tournament, and encouraged passers-by to choose rugby over their usual summer sports. The four players also gave fans a run for their money, as they took on a special challenge and taught onlookers some basic skills. The pop-up was another attempt from to spread rugby fever, following their recent Win a Ball promotion, and ‘How To Win A Rugby World Cup’ film, which also features Natasha Hunt, alongside Jason Robinson.

“We know that major sporting events have the ability to inspire people to get out and play and so we want to use our sponsorship to help people do that by putting rugby balls in the hands of people up and down the country.” Paul Dwan, General Manager of ’s Rugby World Cup 2015 team.

The exchanged equipment will be donated to StreetGames, Great Britain’s charity partner which brings sport to the doorstep of young people in disadvantaged communities across the UK.