Behind the scenes of the Capital Jingle Bell Ball with

Coca-Cola Great Britain is proud to be sponsoring Capital’s Jingle Bell Ball for the third time, and it’s fast approaching! So, we sat with Global’s Director of Marketing, Adam Johnson, who oversees Capital’s marketing and communications, to get the behind the scenes scoop on this wonderful winter weekend of music.

For two days, London’s O2 Arena becomes home to some of the biggest names in music and an arena full of excited hit music fans.

But what is it that makes Capital’s Jingle Bell Ball so special? We spoke to Adam Johnson, who is Director of Marketing at Global - one of the world’s leading media and entertainment groups and home to Capital, the UK’s number one hit music station - to find out.

What makes the Capital Jingle Bell Ball such a success?

The Capital Jingle Bell Ball with is one of two major events staged by Capital each year, which sees the world’s biggest hit music artists fly in to London to perform for Capital listeners. The other is the Summertime Ball, held at Wembley Stadium on one day in June. The goal of both? To bring the biggest fans into the biggest arenas and give them the best show possible.

"It’s made the Capital Jingle Bell Ball a Christmas institution in a short space of time."

It’s no surprise the two events are such a success, with some of the most popular names in music appearing every year. Many of whom come to the UK specifically for the show.

Adam told us: “the artists often aren’t on a tour – they fly in just for the show and to play for Capital listeners. It’s always such an incredible line-up, and it’s made the Capital Jingle Bell Ball a Christmas institution in a short space of time.”

As well as having passionate fans and top artists flying in to perform, the event is hosted at one of best music venues in the world – The O2 in London.

“It’s such an iconic venue. Having the Capital Jingle Bell Ball in a venue filled with the best fans in the world, all under one big roof, creates an atmosphere like no other. People always go absolutely crazy!” 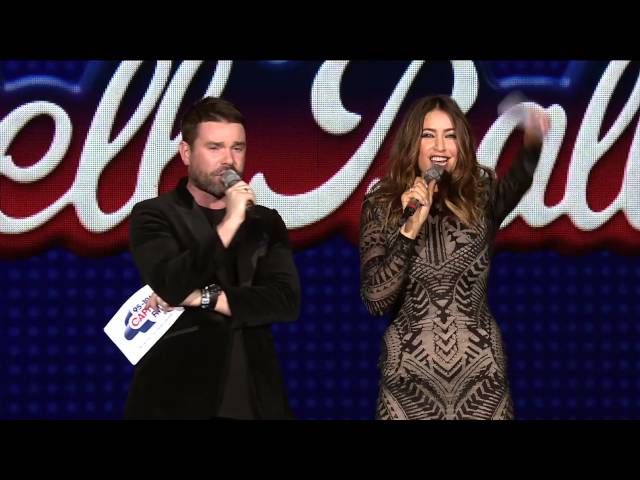 Why is Great Britain the perfect sponsor?

In one word, according to Adam, because of Christmas!

“If there’s one brand out there that stands for Christmas even more than Capital’s Jingle Bell Ball, it’s ! They have such a proud heritage of celebrating the magic of Christmas. We’ve got a long-standing relationship now, so it’s been easy to work with them to make the Ball a success.”

Previously, our iconic Christmas Truck has made an appearance at the Ball, and this year is no exception.

What makes this year so special?

This year’s event sold out in just one hour, so it’s safe to say fans are excited about what the Ball will include. Adam says the line-up is the key to making this year’s event as good as it can be.

“The line-up is just incredible, that’s the main thing! We always try and make sure the biggest hit music artists are performing, from British and international stars, to acts that have just broken through this year. Seeing these newer artists play their biggest hits in front of such a passionate audience is going to be great.”

The #CapitalJBB is just FOUR days away! 🎉 And we've got one more surprise about NIGHT TWO from around 7:30! 🙌 https://t.co/Le2skB2APn pic.twitter.com/urbGlWfOeK

Adam explained to us how everyone involved in the Ball works as one big team to make the show a success each year. Everyone involved from Global, with support from Great Britain, is focused on making every fan have the most memorable experience imaginable.

“This is my second Capital Jingle Bell Ball working with Global, but I was lucky enough to go to a couple of them in my past life as a guest. It’s interesting to be on the other side of the stage, being part of all the hard work it takes to put on such a brilliant event. It’s all a bit relentless… but in a good way!”

"We always try and make sure the biggest hit music artists are performing, from British and international stars, to acts that have just broken through this year."

When we asked Adam what most excited him about this year’s Capital Jingle Bell Ball with , his connection with the fans shone through.

“I always go out onto the floor for the countdown before the show starts. To see the excitement, the genuine tears of joy, and the fans’ reactions to artists that they’ve never seen before – it’s all fantastic.”

“We shoot a TV ad at the Capital Jingle Bell Ball each year with some of the artists. Last year we were filming in front of a green screen. One of the artists, unfortunately, was wearing a completely green outfit… so we were stuck with a floating head. Thankfully, after a quick costume change, everything was fine.

“There’s always a few curveballs, but everything runs smoothly in the end.”

We did ask for a name, but Adam refused. Understandably…

Apart from coping with the occasional floating celebrity head, another challenge in organising the Capital Jingle Bell Ball is how to reach people that weren’t lucky enough to get tickets. Capital doesn’t want just the 30,000 fans there over the two days to have a great experience, they want as many people as possible to.

“For us, everyone around the country getting a taste of the show is a priority. We want them to experience the content, listen to the songs, get a feeling of the event, and feel like they are just as much a part of the weekend as the fans in The O2.

“Taking the event away outside of the arena is a focus.”

This year’s Capital Jingle Bell Ball with takes place on Saturday 3rd and Sunday 4th of December. If you weren’t lucky enough to get tickets, tune into Capital or head over capitalfm.com for all the highlights from the ball.

Adam Johnson is Director of Marketing at Global. He works on brand marketing, advertising and digital campaigns, events and more for all of the brands under the Global umbrella (including Capital, Heart and Classic FM).