When Kerry Borthwick was whisked away to London for a romantic birthday weekend, she had no idea that she’d end up on the London Eye. And even less idea that she’d be coming back engaged…

It was a cool, crisp Saturday evening in early December. Kerry Borthwick and her boyfriend Colin McAlpine were out enjoying the capital for the weekend. They’d arrived from Glasgow the day before, and on Friday evening Colin had surprised Kerry with tickets to a West End Show. They’d then spent Saturday exploring the city.

“We’d been making the most of London,” says Colin. “We’d walked around Hyde Park, taken pictures in Camden Market, been shopping in Oxford Circus and generally had a fantastic time. But Kerry had said a couple of times that she’d love to go on the London Eye and I had to try and put her off…”

Why? Well, Colin had already decided back in September that he was going to ask Kerry to marry him and he’d already set the wheel in motion to do it at the top of the London Eye.

Aww: One of Colin and Kerry’s pictures from their romantic weekend

Where it all began: A workplace love story

As so many couples do, Colin and Kerry met at work. They’ve both been at our bottler European Partners (CCEP) for many years. “We’re both long-term employees,” says Colin. “We’ve known each other for a while. I’ve been with CCEP since 1996, and Kerry’s worked for the company since 1998.”

The couple, who are from Monkton in Glasgow, had been friends for many years before they started dating. They’d moved in together at the start of 2016 and were excited about the future. “We’d talked about marriage, but not in any great detail,” says Colin. Plus, because Kerry thought Colin was taking her away for the weekend for her birthday, she had no reason to suspect he was planning to propose.

Colin had been thinking about proposing since September, when he and Kerry had been on holiday with some friends who’d recently got married. They’d been teasing them that it would be their turn next. Colin decided combining his proposal with Kerry’s birthday trip to London would be the perfect cover.

But where to do it? “I wanted somewhere special and unique,” says Colin. “We already knew we were coming to London so I looked at lots of different venues, but I knew that Kerry was keen to go to the London Eye, plus it’s one of the most romantic places in the city.”

As Colin and Kerry have both been working for CCEP for so long, and Great Britain now sponsors the London Eye it seemed the perfect fit. Colin got in contact with Great Britain's headquarters to see if we could help him out. And how could we refuse? Together, a perfect plan was hatched and a private capsule reserved for them at sunset.

She said yes! A relieved Colin and a very shocked Kerry on the London Eye

After a long day touring the city Kerry was wondering out loud what to do next. “I said that I had an idea of something we could do…” explains Colin. And he led her to Westminster tube station opposite the iconic wheel.

As they crossed the Thames River, Kerry still had no idea what the plan was, other than it was surprise for her birthday. “She was really excited when she realised what we were doing,” says Colin. “And even more so that it was private capsule with our own host. We were even able to jump the queue, which was a nice touch.”

It was clear evening so as their capsule climbed into the air they could see across London to some of the city’s major landmarks: the Palace of Westminster, Big Ben, the Tower of London, Tower Bridge, Westminster Abbey and many more. The city was lit up beneath their feet. “The views were breath-taking. You really got the sense of how high we were,” says Colin. 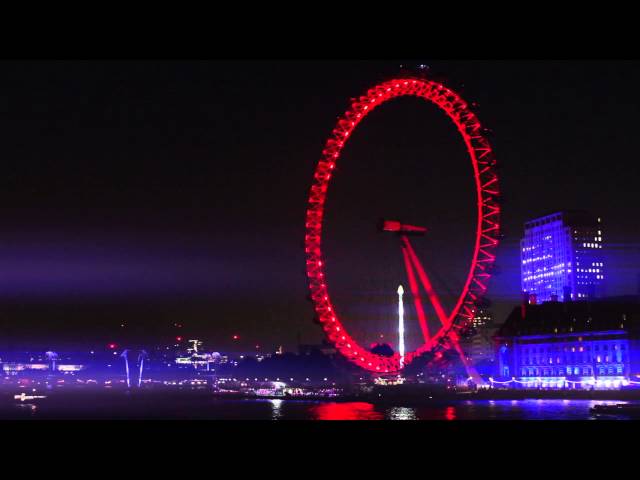 As the capsule climbed, Kerry was distracted looking out at the panorama. And as they reached the top at 443 feet, Colin got down on one knee. ”I was very nervous!” says Colin. “I was as confident as I could be that she’d say yes. But I didn’t know for certain. And it would have been a very awkward journey back down to earth if she’d said no!”

Of course, Kerry said yes. But initially she was in complete shock. “I think she thought I was pulling her leg,” says Colin. “I was just so relieved it had all gone to plan.”

After the shock had worn off, their capsule host took some pictures of the newly engaged couple and Kerry explained to Colin why she was so surprised. “She told me she always thinks she knows what I’m going to do next. So as well as being a bit emotional, she was surprised on two fronts: One that I’d asked her and two that she hadn’t clocked that I was going to ask her!”

A weekend of surprises

The happy couple started phoning round family and friends to let them know the news. Little did Kerry know that Colin had one last surprise in store for her back at home...

When they got back to their house in Monkton on Sunday evening she thought that their special weekend was coming to an end. Instead she was surprised by their friends and family all hiding in their kitchen waiting to celebrate with them!

Colin and Kerry in front of the London Eye

“It was a weekend of surprises,” says Colin. “It all came together really well with help from the Great Britain team. We’d have also never met if it wasn’t for European Partners.”

Kerry agrees: “I’m absolutely thrilled. It was the perfect proposal. I can’t believe he managed to pull it off without me guessing!” They don’t have any firm wedding plans as yet, except that it’s planned for 2018. Watch this space!

Visiting London? Book your ticket for the London Eye.

Do you have a romantic story to share with us? Let us know by tweeting us @CocaCola_GB or use our contact form. You might be featured on our site too!

RECOMMENDED FOR YOU
The London Eye: a new sponsorship